We are excited that our book on connectomic deep brain stimulation can now be ordered from the publisher (Academic Press) and/or Amazon etc.

After a foreword by Andrea Kühn & Michael Fox, chapters were written by internationally renowned experts for specific topics covering broad content from electrode localization methods, DBS modeling and connectomics. For instance, we were excited to have pioneers from the connectomics field (James M Shine & Rick Betzel) write chapters about functional MRI and the connectomic revolution and diffusion MRI / tractography experts (Thijs Dhollander & Marco Reisert) contribute to the book, as well.

The team around Andreas Husch & Frank Hertel are likely the world experts on electrode localizations and covered this topic, while few people in the world may have thought as much about sweetspot mapping as Till Dembek – who wrote the chapter on this topic. An integrative review about the mechanism of action of DBS was written by Wolf-Julian Neumann developing exciting concepts that bridge micro- to macroscales and static models with dynamical ones. 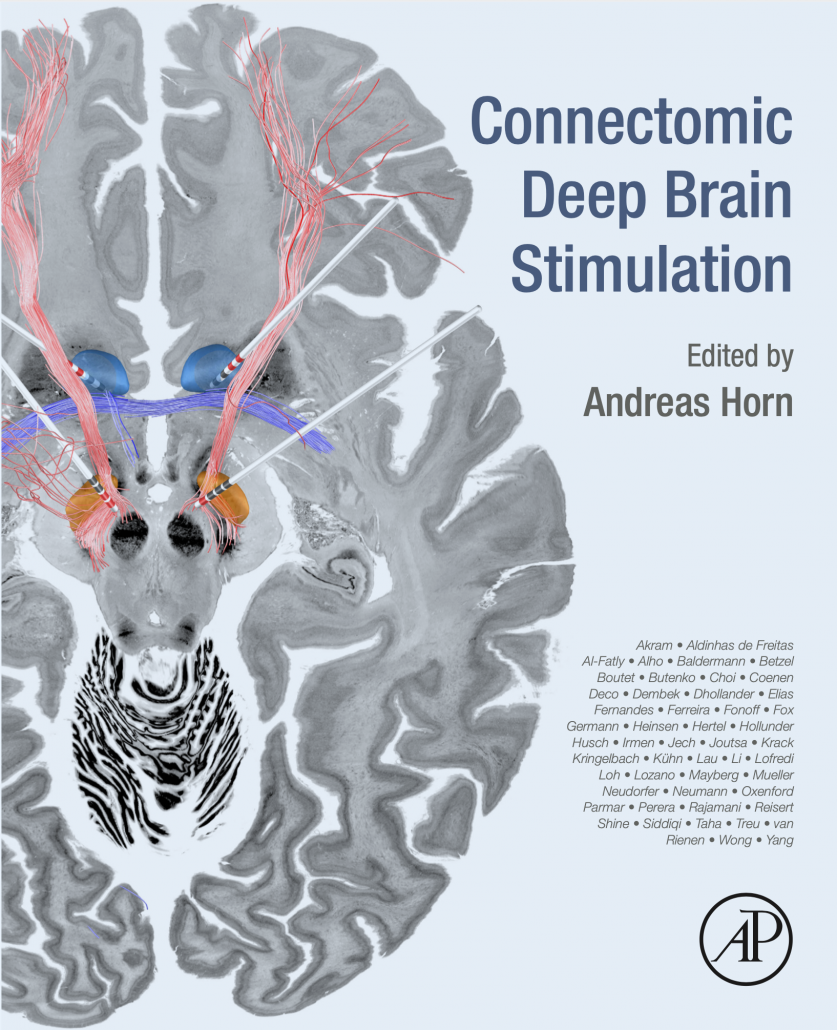 While most of the book focuses on neuroimaging methods, we are thrilled that Roxanne Lofredi & Andrea Kühn contributed a chapter on how to use electrophysiological methods to enhance our understanding about connectomic neuromodulation. In a similar fashion, Eduardo Alho, Erich Fonoff & Helmut Heinsen contributed a chapter on how to enhance network models using different sources of information, such as histological and postmortem datasets. Thushara Perrera, Jonathan Lau & Svenja Treu wrote chapters about image preprocessing, stereotactic spaces and DBS group level analyses. Konstantin Butenko & Ursula van Rienen wrote a comprehensive chapter that systematically analyzes effects of assumptions made in VTA and pathway activation modeling based on their recent open source contribution to the field, OSS-DBS. 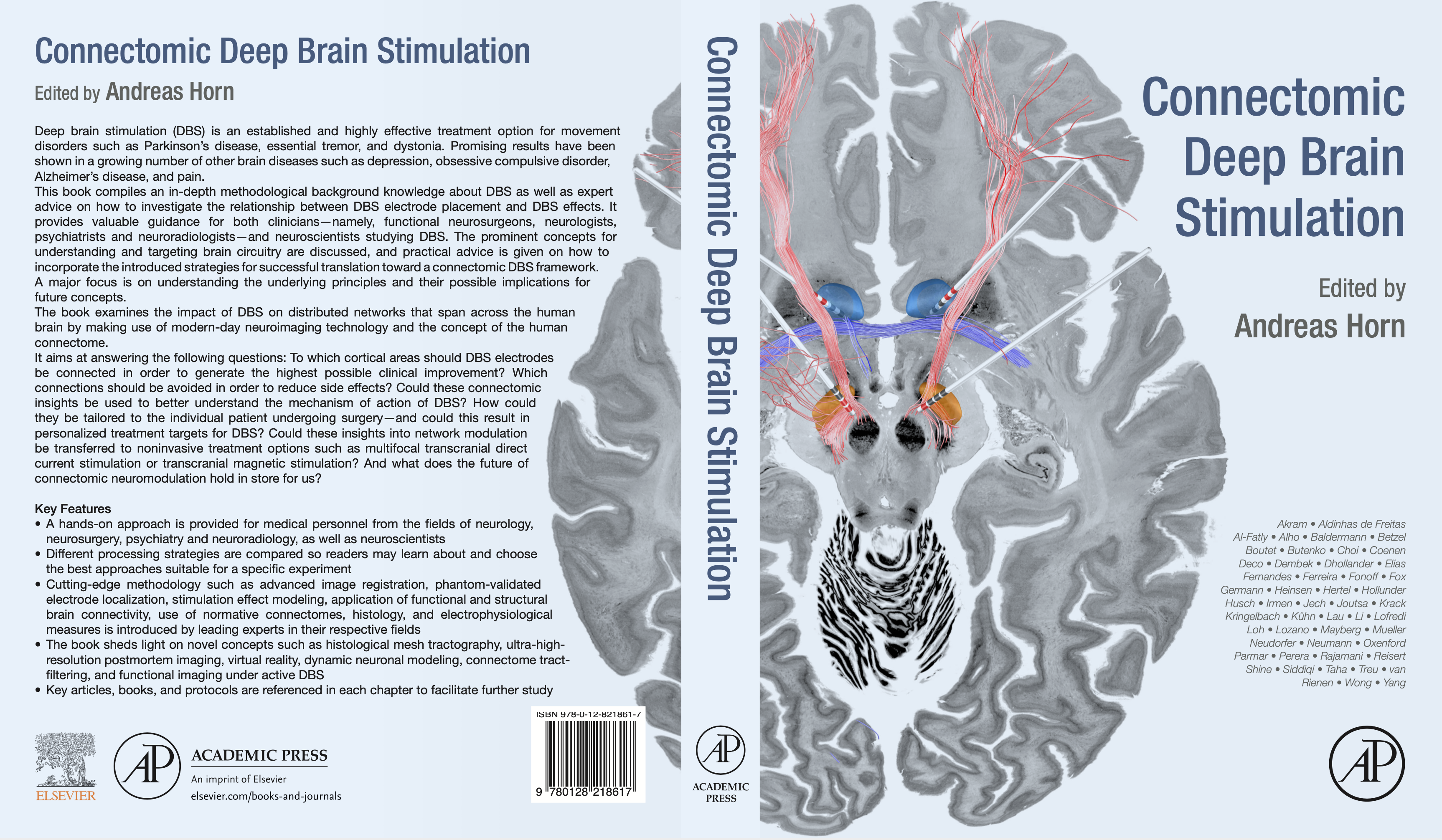 Welcome Josef Mana
Scroll to top
We use cookies to ensure that we give you the best experience on our website. You may “Accept All” or visit "Cookie Settings" to provide a controlled consent.
Cookie SettingsAccept All
Manage consent

This website uses cookies to improve your experience while you navigate through the website. Out of these, the cookies that are categorized as necessary are stored on your browser as they are essential for the working of basic functionalities of the website. We also use third-party cookies that help us analyze and understand how you use this website. These cookies will be stored in your browser only with your consent. You also have the option to opt-out of these cookies. But opting out of some of these cookies may affect your browsing experience.
Necessary Always Enabled
Necessary cookies are absolutely essential for the website to function properly. These cookies ensure basic functionalities and security features of the website, anonymously.
Analytics
Analytical cookies are used to understand how visitors interact with the website. These cookies help provide information on metrics the number of visitors, bounce rate, traffic source, etc.
Third-party
Cookies from third-party contents on the website.
SAVE & ACCEPT
Powered by